Definitely, Anna is one of the sexiest female chess players in the world. We have received a lot of information about her…too much to be processed easily…really…We will take our time to prove things. The only thing that we know for sure is that she got married about two years ago -we heard that she caught a rich guy-  and that she enjoys a stable life nowadays. About her past…well…as we said, we will take our time.

But we will of course publish some pictures of her. There are a lot of them in internet, even videos….Again, a lot to process…..We do not know when she decided that these pictures were a good idea, but…what can we say? We are happy she did!!! 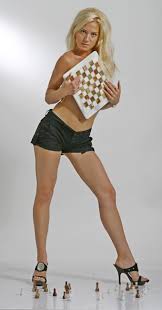 Anna, what’s behind the board? 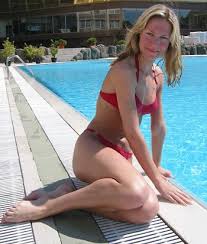 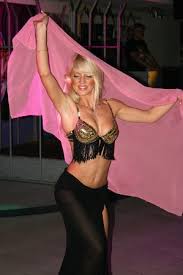 Anna, what’s behind the board? And where did you learn this sexy dance?

The more we look for information about Anna the more we get surprised about how this woman managed her public image in the past. For example, how can Anna be included in a web page called hotrussianbrides? Well, the complete url is really descriptive:  http://russianwomenblog.hotrussianbrides.com/post/Hot-Russian-Chess-Champion-Anna-Sharevich.aspx ….We will continue working on Anna. Her past seems to be a gold mine!

We have to say anyway that she is still doing some chess, and still wearing sensual stuff. She just can´t avoid it! But she used to look better. Maybe this is the effect of 2 years of quite life after so much emotional ups and downs during so many years? As we said in the beginning of our article, we got a lot of information about her and even some comments that we finally decided to delete, even if they were maybe true. We will say anyways, for the moment, that it looks like she had a very crazy emotional life during most of her adult life. Probably your imagination will not be enough to get an idea of the reality…Anna, thanks for existing!

After our last update in April we decided to speak again about Anna because she played in St. Louis. Yes, she took part in the US Championships. Our Anna looked calmer and more mature…by the way, she looked also older. You can read the whole story here.